(This celebration was originally published in January 2017)

Andy was born on October 2, 1937 in Four Oaks, North Carolina (just South of Raleigh), to John and Hilda Hodges (his grandfather was the Mayor of Four Oaks).  He was their first child, followed by two sisters.  His parents raised tobacco and cotton.  His mother worked on the farm, and cooked three meals a day.  He grew up poor and life was hard, but they had love.  Family was good.  After school the children picked cotton and worked the tobacco fields.  Andy would snitch cotton from his sisters bags.  They never knew until Andy told them much later about it.  Andy had to get up early every day to feed the mules and hogs, and milk the cows before going to school.  When daddy spoke, they jumped.  Relatives lived nearby.  Andy was raised in the church (Hodges Free Will Baptist Church).  The Hodges family gave the land for the church.  Andy remembers hearing the people talking in different tongues.

When Andy was in sixth grade, the family left the farm and moved to Charlotte, North Carolina.  It was there that Andy joined the First Presbyterian Church.  Every Sunday he would open up the service with a welcome to everyone in attendance.  He was also in charge of the music, not the choir part, but the speakers.  The church had a steeple with speakers inside.  His job was to be sure the speakers were turned on so the music could be heard from the outside.  He also put the tapes in to play.

Andy attended Harding High School in Charlotte, North Carolina.  He played baseball as a left-handed relief pitcher, and football playing the positions of tackle and center.  He joined the Marine Corps Reserve when he was a senior in high school attending monthly meetings.  He was on the drill team where he marched and entertained.  He stayed in the Reserves until he went to Boot Camp at Parris Island, South Carolina.  Andy made PFC (Private First Class) upon finishing Boot Camp.  He then went to Camp Lejeune, North Carolina, for infantry training.

Andy had always wanted to be a Marine since he was in the 8th grade.  He thought they were the best, because even if they tear you down they will build you right back up.  Thanks to the Marines, Andy was a leader in everything he did. 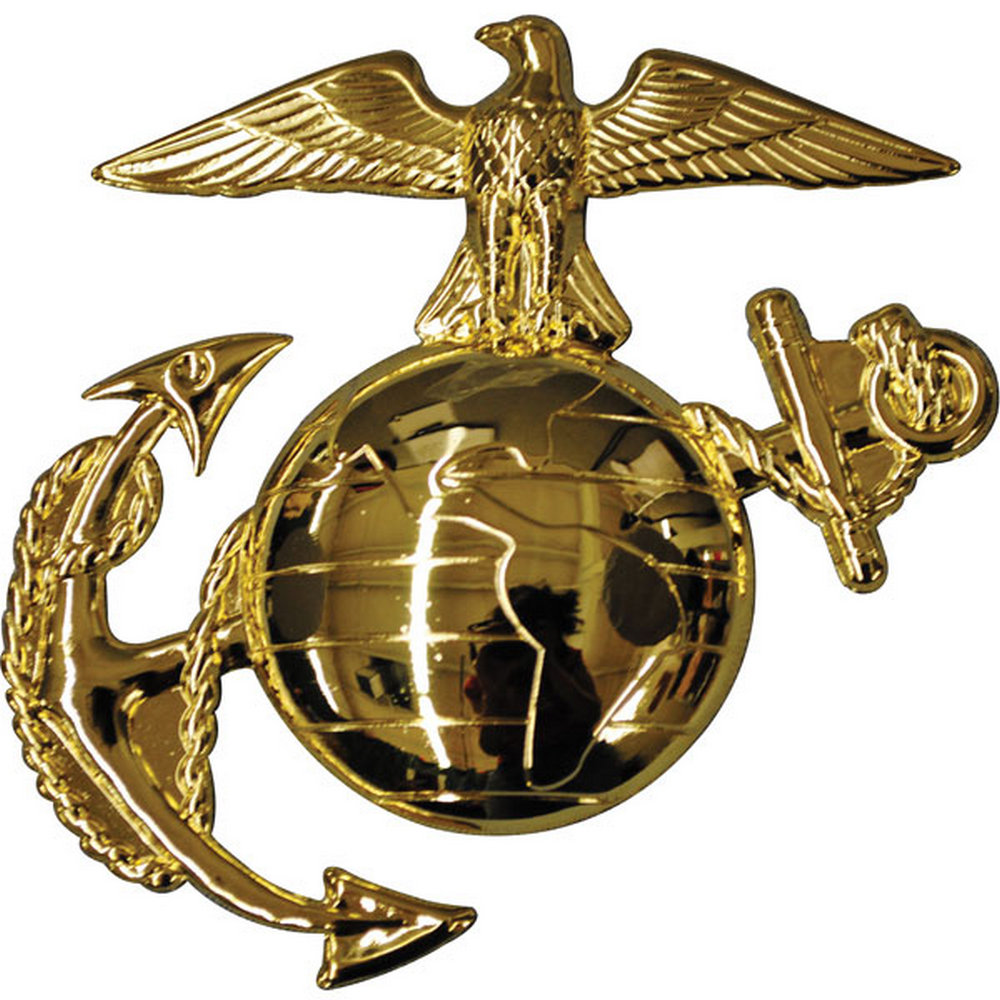 Andy’s first permanent duty station was in Albany, Georgia.  He was there about one year, where he was part of a Battalion Landing Team.  He was in charge of artillery, load transport, and recon.  If an emergency arose, they had to have everything ready to go in 24 hours.In 1959 Corporal Hodges volunteered to go to Hawaii where he served in Special Services with troops working under him.  Andy was on the Honor Marching Guard and also in charge of his barracks.  His office made sure the basketball team and the baseball team had everything they needed.  This was a fun job.  He also escorted the Admiral’s and General’s wives to their seats in the gym.  While in Waikiki, Andy took dance lessons at the Arthur Murray’s Dance Studio and learned the Waltz, Cha-cha-cha, Foxtrot, and the Jitterbug.

When Andy arrived in San Francisco, at Treasure Island (a transit barracks), he signed another contract for two more years.  He was then sent to Marine Headquarters in Washington, D.C.  While there he developed a way to share information about fellow Marines.  The Marine Corps adopted it.  While in Washington, D.C., he met Faye in 1962.  In 1963 they were married.  While stationed in Washington, D.C., John Andrew Hodges II was born.

Andy was then sent to Parris Island to attend Admin School.  He was going to school and teaching at the same time.  Faye would visit him every weekend.

Andy’s next assignment was at a Reserve Center, in Durham, NC, to work in Personnel where he had Top Security Clearance.  During this time their second son, Steven Donald Hodges was born.  The Marine Corps was closing a Reserve Center in Winston-Salem and Andy’s job was to relocate personnel to other locations.

Andy’s next duty station was Camp Smith in Oahu, Hawaii, where he was commissioned as a 2nd Lieutenant.  This was an Ammunition Base with very tight security which Andy was in charge of.  He watched over the nuclear weapons as they were loaded at night at the Sub Base.  He worked 12 hours a day in a confined space.  Officers would go to the courts to play volleyball for exercise; then they would get cleaned up and go back to work.

One of the finest three star Generals Andy ever worked with was General Krulak.  He was call “The Brut.”  Before leaving Hawaii Andy was promoted to 1st Lieutenant.

In 1968 Andy received his orders for Vietnam.  Before reporting he was sent to San Diego to attend a classified school.  Then he was sent to Camp Pendleton to pick up a company troop for training.  He dropped the troop off in Okinawa, Japan, and continued on to Vietnam where he was stationed in Chu Lai  His first assignment was the Air Control Station where he supported the Americal Division.

One day Andy took his platoon on a trip to a Vietnam village.  The chiefs and their wives prepared chicken and pigs and provided hot tea for them.  The cup looked dirty to Andy and he was a little nervous about drinking out of it.  He didn’t want to hurt their feelings, so he quickly just gulped it down.  The woman came back to refill his cup.  One of his corpsman told him that every time he emptied his cup, she would always fill it up again.  After that he learned it would be better just to sip the tea.

After leaving Vietnam, Andy received orders to work in the Congressional Section in Washington, D.C.  Congressmen would request him to investigate complaints.  After gathering information Andy would reply back with possible solutions.  During this time Andy was promoted to Captain.

Then, in 1972 Andy was sent to Okinawa, Japan, to the 3rd Marine Division (Combat Units).  He was in charge of the Recon Group (like the Navy Seals).  Following that he rotated back to the states and was sent to Quantico, Virginia.  This is the place where Officer Candidate School, the FBI is trained, Basic School is held and Boot Camp takes place.

He was given a company of men who were in Basic School.  His responsibility was to see that these men were properly trained and ready to fulfill their duties.  When the company graduated, he was sent to Texarkana, Arkansas, to a Reserve Center.  Here he lectured and taught combat tactics.  Andy continued with this job until his discharge from the Corps in 1976.

After his discharge from the Marine Corps, Andy enrolled in East Texas State.  While going to school, he also worked for the VA helping other military people with their problems.  He went to classes for two years, including the summer sessions, majoring in Business Management.

Andy and Faye moved to Kernersville when Andy accepted the position of Operations Manager for ABF (Arkansas Best Freight) Corporation.  He was the No. 2 Supervisor in the whole Corporation.  He retired from ABF in 1999 after 21 years of service.

Since retirement, Andy and Faye have traveled to Europe visiting the countries of France, Austria, Germany and Switzerland.  They have been to Las Vegas several times.  For years they had season ticket to the Wake Forest basketball and football games.  Andy also enjoys watching many sports on TV and enjoys reading.  In 2000 he became a Mason.

Andy and Faye joined First Presbyterian Church on August 18, 1996.  Faye‘s mother, Catherine Mitchell, and Andy‘s mother, Hilda Hodges were both members at that time.  He was ordained an Elder on February 1, 1998 and has served two times on the Session.  Committees he has served on are Stewardship and Finance, Missions, Personnel, and the Egg Committee.  Andy is a faithful member of the Men’s Wednesday Morning Bible Study Group.  He has been a Sunday School teacher and is a part of the PGAs (Presbyterian Gad Abouts).  To the author’s grandchildren Andy is known as “The Candy Man.”

ANDY IS MOST PROUD OF:

His military service to his country and his family.

If physically and mentally able, every boy and girl should go in the military service for two years.

It builds character and teaches Country first, then God and Family.