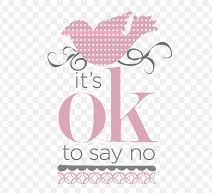 Sue Ann was a busy young mom with a full-time job.  She also was a part-time college student.

Sue Ann was active in a church in a near-by city.  It was a fifteen minute commute one way, and Sue Ann made two trips per week to the church, where she taught a woman’s Sunday School Class and sang in the Choir.

Sue Ann began to experience unusual fatigue and depression.  Something had to give.  She couldn’t keep up the pace much longer.  So she made an appointment with her pastor, hoping he would be able to give her some spiritual help and encouragement.  She was tired.

On the surface, Pastor Sprague seemed to be understanding.  He affirmed her contributions to Sunday school, and then he made a plea for her to take over the role of Sunday School Director.  He pointed out how people respected her and would follow her lead whereas he was having difficulty getting people to get with the program.

Had he not heard her plea?  That she was tired?  That she already had too much on her plate?  That instead of taking on another task, she needed someone to share her load?

She left that meeting, feeling more tired and discouraged than when she came.

Saying “no” to bosses and pastors and friends and neighbors and family had been hard, if not impossible, for Sue Ann as long as she could remember.

As she lay in bed that night, she had a flash back to another church, a church she had attended about ten years earlier.  There, she had also taught Sunday school and Daily Vacation Bible School, had sung in the choir, and had hosted church socials in her home.  There, too, she had begun to feel drained.  In fact, one night she absolutely could not go to the church to help with DVBS.  Instead, she lay on the hammock and read a book.  The guilt was bad, but not as bad as the extreme exhaustion she now was experiencing.

Tired and discouraged, she had called an acquaintance who served with her on the staff of their denominational publication.  She told him of her dilemma.  When the next issue of the publication came out, there it was.  An editorial titled, “I said no to God, and he blessed me.”

A few years later, Sue Ann—on the brink of divorce—sat in a counselor’s office, telling him of her fatigue and despair and ‘wanting out’.  The counselor listened patiently before commenting, “It sounds like you were super human.”  Sue Ann wasn’t slow in responding.  She immediately blurted out, “I didn’t know I had a choice.”

Saying no is setting a boundary.

Some of us have grown up in homes where saying no to anyone in authority was forbidden, a sign of disrespect, of dishonoring our elders.

Some of us have grown up in homes where there was always conflict and someone always seemed to get hurt.  Maybe not physically, but nevertheless hurt.

There were far too many times when there had been silence at Sue Ann’s family dinner table.  Dad’s eyes were flashing fire, or so it seemed to Sue Ann.  Mom was choking back tears.  She and her siblings picked at their food.

She became a pleaser, afraid to do or say anything that would trigger her mother’s breakdown or her father’s wrath.

The pleasing spilled over into other relationships, including her marriage.  Instead of saying no, she turned herself inside out to do what was asked and to do it as asked.  When asked a question of preference, like what do you want to eat or where do you want to go she would say it didn’t matter and it had become true.  It didn’t matter.  All that mattered was that the other person was happy, not mad, not hurt.  Happy.

And one day she left the marriage.

And one day she left the church.

“Oh, my!  We thought she was such a good Christian!”